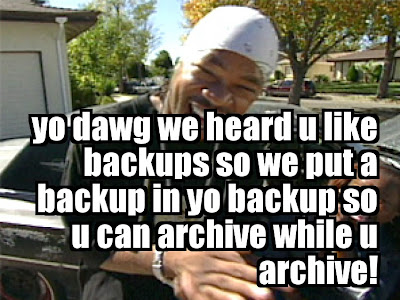 Jake Elliott just pimped my tweet w/sum LOLXzibit as you can see above :)

+ another hi.lario.us part (@ least to me) about it is that we are just in different rooms of the same house as this is happening 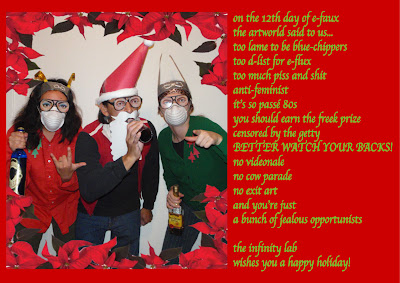 Ever get the feeling you need to be independently wealthy to be an artist?

Did you know that Artforum and Art in America Ads cost about 6-15 thousand dollars each?

Have you ever wanted to share your work with the folks at MOCA? Maybe you prefer MOMA? LACMA? The Getty Center? The Tate? Maybe just some galleries in SOHO, or LA?

Well, here's how you can create your own major email list: http://e-faux.org/e-faux.html

Our gift to you!
xo,
The Infinity Lab"

During the Cimatics festival on November 29, iMal launched in collaboration with Cimatics the first SHARE Brussels session at iMAL. SHARE is an international movement for open jam sessions and SHARE Global is an organization dedicated to supporting collaboration and knowledge exchange in new media communities. The first SHARE evening happened in New York in 2001, and Montréal opened the second one in 2005. The next SHARE BRU should happen end of January! Stay tuned. 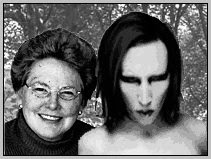 this morning i was reading Edward A. Shanken's essay NeMe: Hot to Bot (originally published in Technoetic Arts 3:1) which is now on NOEMA > IDEAS. Shanken begins his essay in part by saying that he intends to discuss the "prevailing attitudes towards robots and other surrogate beings at a certain place and time tell us about the values of that culture." He continues in this beginning, stating that he will be discussing the intersections of art + automata ++ that this discussion will be in relation to our contempary posthuman condition as defined by "social critics from Katherine Hayles to Marilyn Manson..."

i love this pairing so much

even though this beautiful chance encounter of a sewing machine and an umbrella on an operating table (as the Surrealist saying goes) may not have happened or @ least was not documented by the photo i had imagined Shanken would have liked to have shown, i still imagine that mtg + the discussion they would have b/c like Shanken i think of them both as influential/inspiring social critics...

i just joined remixin.com + created the img above for my profile... im looking fwd to remixin on remixin.com 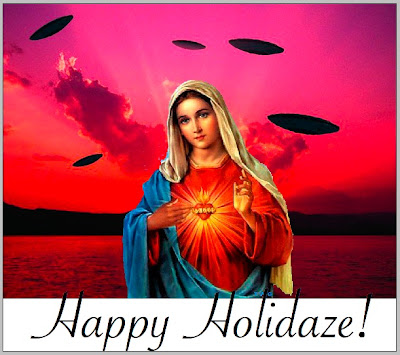 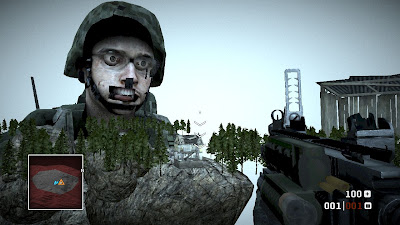 Blogging about Twittering about how i just changed my bckgrnd img on Twitter...

Blogging about Twittering about how i just changed my bckgrnd img on Twitter... 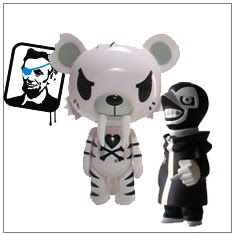 as i just Twittered, my new Maxtor 1TB "OneTouch 4 Plus" can only formatted as MS-DOS FAT on the Mac. i have tried to format the drive under Mac OS 10.4.11 using Disk Utility 10.5.8 + under Mac OS 10.5.5 using Disk Utility 11.1. all options other than FAT result in the error above. this means that w/the FAT formatting i will have the 4GB file size limit of FAT + not be able to store larger video files on the drive. any suggestions?  ¶ 11:06 AM 1 Comments 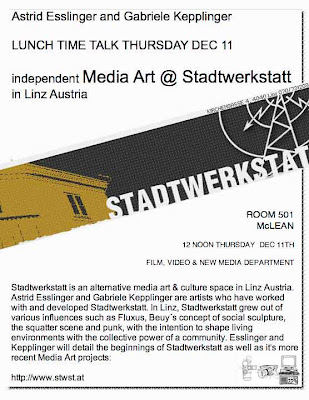 Stadtwerkstatt is an alternative media art & culture space in Linz Austria. Astrid Esslinger and Gabriele Kepplinger are artists who have worked with and developed Stadtwerkstatt. In Linz, Stadtwerkstatt grew out of various influences such as Fluxus, Beuy´s concept of social sculpture, the squatter scene and punk, with the intention to shape living environments with the collective power of a community. Esslinger and Kepplinger will detail the beginnings of Stadtwerkstatt as well as it's more recent Media Art projects:

Monday, December 08, 2008
CRABS & LOBSTERS tonite @ ENEMY tonite jon.satrom's Realtime class (in the Film, Video & New Media department @ The School of the Art Institute of Chicago) presents their final projects @ ENEMY here in CHI IL .US. all the nfo is below: 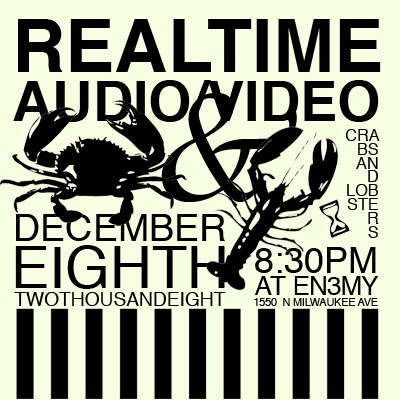 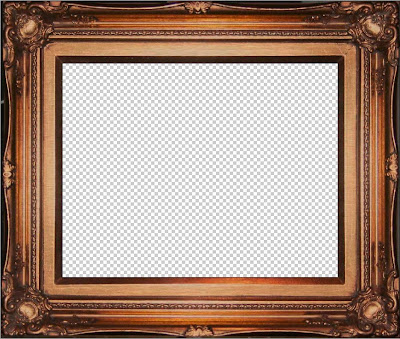 the DVD vrsn of 0P3NFR4M3W0RK for Dain Oh's THE WEB OF COKAYNGE; CANDLE AND BELL screening program is going well. jon.satrom + i worked it out tonite. i've completed the single channel video vrsn of the arhcive + am in the process of passing it to jon.satrom via FTP

in another funny twist, the most effective way for me to make this vrsn was to open all imgs in Preview + then scr rec myself scrolling thru them, which is in fact a technique that Dain is also using in her experimental Machinima works

when jon.satrom downloads the video he will add the frame (conceptually + literally) + compile the final DVD

we worked out the audio together tonite + it snds rly good. the audio is generated from the foofoofoo project by ALKU/IMBECIL. this project creates algorithmic mashups from the preferences defined by user's iTunes libraries. the library we used was the archive of the R4WD10PL4Y84CK800M80X0R AKA Radio Play Back Boom Boxor, the audio companion to the 0P3NFR4M3W0RK project. we previously featured the foofoofoo project in the 2006.01.21 (A) r4WB1t5 micro.Fest @ ENEMY in CHI IL .US

turns out that we now have 2756 (digital art) img files in the 0P3NFR4M3W0RK archive. jon.satrom + i are now sitting + working together to create the DVD for Dain Oh's THE WEB OF COKAYNGE; CANDLE AND BELL screening program. we are now approaching the production of the DVD from various non-FCP angles to try to get around the General Error i posted prevously... 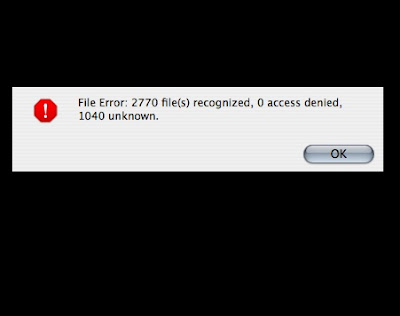 i am currently preparing the 0P3NFR4M3W0RK archive for Dain Oh's THE WEB OF COKAYNGE; CANDLE AND BELL screening program this Sunday @ the Nightengale in CHI IL .US @ 5 PM.

or as we have said previously in announcements that were for (A) r4WB1t5 micro.Fest:

for THE WEB OF COKAYNGE; CANDLE AND BELL screening program jon.satrom + i determined that the best soln would be to provide a DVD as this is the 1rst time that 0P3NFR4M3W0RK has been shown in a screening program rather than exhibited/installed.

working on the DVD i imported the current database (db) of the archive into Final Cut Pro (FCP) + found that there are 2770 imgs (according to FCP)... 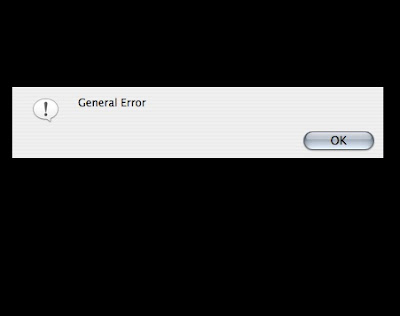 but attempting to render the video (which would have been about 4 minutes long) resulted in a General Error. so i am now manually playing back the timeline in FCP by moving the playhead ahead 1 frame @ a time while screen recording the Canvas window as it plays back the Sequence. then i am dumping the scr rec's to DV piece by piece... it is a slow + ridiculous process but funny in the sense that i am digitally hand animating this screening version of the 0P3NFR4M3W0RK project for a program about Animated GIFs, early cinema + New Media Art... 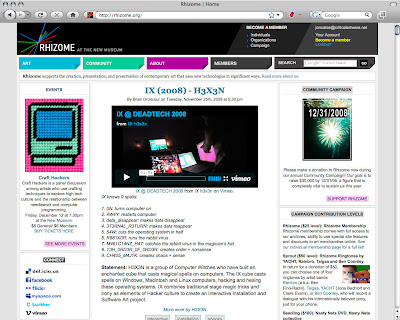 THE WEB OF COKAYNGE; CANDLE AND BELL - Dain Oh (2008)
http://thewebofcokaygne.info

"THE WEB OF COKAYNGE; CANDLE AND BELL is an experiment that seeks to place curatorial process in the same realm as art. Through particular selection of work WoC mimics the conventions and histories of cinema as a Modernist medium while at the same time epitomizing the information society by working as a decentralized and interactive database. WoC displays different permutations of the moving image in relation to file formats, search queries and methods of artists and non-artists working with the medium of the Internet.

The Web of Cokaygne; Candle and Bell is a three part screening. In a traditional sense it maintains a beginning, a middle and an end. The first section is 0P3NFR4M3W0RK, an open DIY digital art exhibition initiated by Jon Satrom, instantiated by Dain Oh for the Web of Cokaygne; Candle and Bell and previously at (A) r4WB1t5 micro.Fest (initiated by jonCates and jon.satrom). The second portion is 787 Cliparts, by Oliver Laric. A video in which he displays hand-selected clip art that he has found on the Internet in a manner that suggest continuity in motion and the persistence of vision. The third and final section of WoC is a selection of animated GIFs by both artists and non-artists working with the Internet. The artists include Petra Cortright, Olia Lialina, Guthrie Lonergan, Tom Moody, Jon Satrom and Paul Slocum. The selected GIF's are important examples to reflect the history of the moving image. Examples are gif versions of: a goat found on a bowl from Iran's Burnt City, Muybridge's horse, then moving to commercial cartoons, video games and finally, new media and www gif's. The screening will be executed in real time and accompanied by a live piano performance.

The screening is on the 7th of December, 5 pm @ the Nightingale in Chicago." - Dain Oh