...a machinima made in the Sims 2 by Blazegothica in 2007 as a tribute to the video game American McGee's Alice by by Rogue Entertainment (2000) which is itself an adaptation/retelling of Alice in Wonderland by Lewis Caroll (1865) 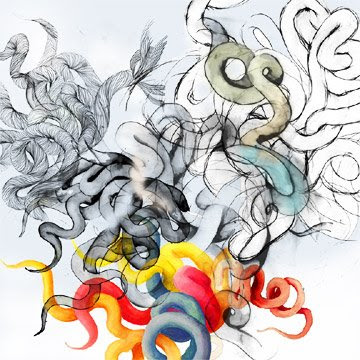 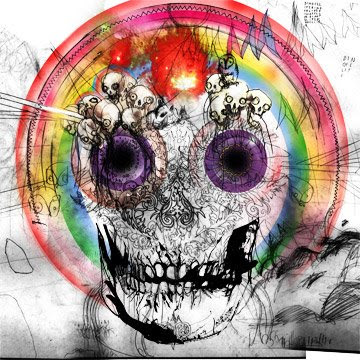 i picked up those two beautiful albums above yesterdaze @ Permanent Records in their experimental/noise section. the albums are by OOO + dino felipe + the cover art is designed by Cody Hoyt on Melted Mailbox records. both records are from available directly from Melted Mailbox on their Psychedelic Vinyl Singles Club 'series one'. these albums appealed to me immediately on the basis of the album art but on listening to both they are also really strong musically. the dino felipe offering is giggly + full of scittery scattery sounds that seem to be composed into pop song like structures while the drilling + dronish OOO album grinds on in a single piece that throbs rather than piercing through the duration of this single sided vinyl 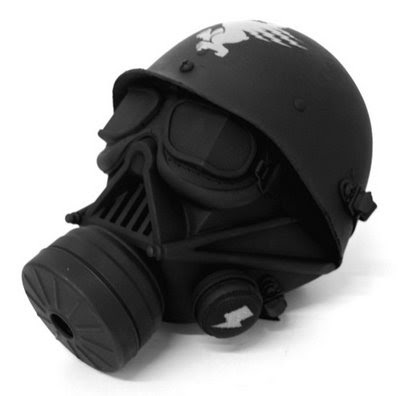 "Darth Vader Gas Mask by Tristan Eaton and AZK ONE for The Vader Project. Via." reblogged from: SUPERPUNCH  ¶ 6:48 PM 0 Comments 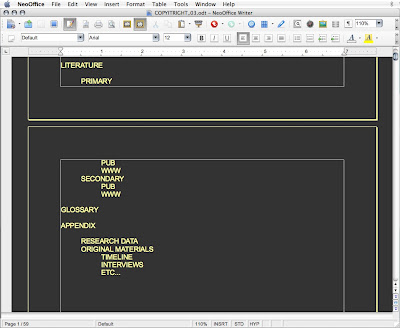 jake elliott suggested i change my color scheme of my main text editor which in the case of the Media Art Histories wryting that i am currently engaged in is NeoOffice. Kim Cascone then asked me on Facebook to see what that looks like so i have posted this img above here... as i previously also Twittered, Jake's suggested color scheme comes to him via tamas kemenczy + it has already helped me reduce my eye-strain + headacheyness that i was experiencing over the last few daze of constant wryting/reading... so thnx agains yawl!

as i just Twittered, i just joined Troniks/Chondritic Sound boards + am looking fwd to the discussions that are happening there about Chicago Noise musics. also, the registration form of the boards has beautifully rendered CAPTCHAs that i scr-shot:

i love the color schemes + the ways in which these fonts are being rendered as if they are floating around in sum 1980's-esque gridded z-space... rly beautiful... 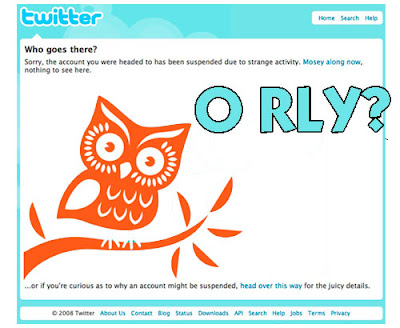 yesterdaze Jake Elliott + Nicholas O'Brien created a short-lived Twitter Art project/account which has now "been suspended due to strange activity". i immediately Tweeted about it calling it Twitter Art, LOL.ART or webArt but Twitter calls it "spammy behavior."

Following the now suspended accout takes you to a standard explaination of why the account may be suspended. The reasons incl "If you are sending large numbers of @reply messages that are not genuine replies, you may be considered spam."

Their project, called "i know, LOL" was an account by the same name which was based on the Twitter API + listened for ppl saying "LOL" + then automatically replied to those Twitter users, saying "i know, LOL!"

what interests me here is that these (automated) replies were "not genuine" from the perspective of Twitter + that this form of Twitter Art, LOL.ART, webArt, New Media Art, etc... can so easily be understood/interpreted as "spammy behavior."