The SPEED SHOW exhibition format:
Hit an Internet-cafe, rent all computers they have and run a show on them for one night. All art works of the participating artists need to be on-line (not necessarily public) and are shown in a typical browser with standard plug-ins. Performance and life pieces may also use pre-installed communication programs (instant messaging, VOIP, video chat etc). Custom software (except browser add-ons) or off-line files are not permitted. Any creative physical modification to Internet cafe itself is not allowed. The show is public and takes place during normal opening hours of the Internet cafe/shop. All visitors are welcome to join the opening, enjoy the art (and to check their email.) 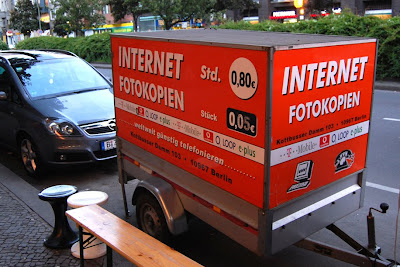 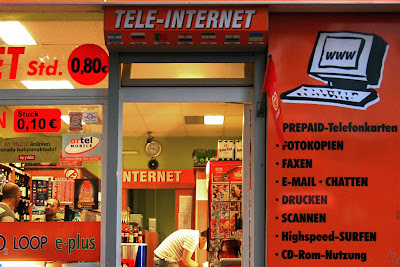 The Internet browser a key element to the success of the web in the beginning of the 90’s has grown mature in the last two decades. Technical development, open standards and open software made the browser a very powerful tool. It seems soon it will take over the operating system and there will be nothing left than apps in the cloud.

It’s about time to revisit net.art in an era of 500 million Facebook user. net.art never really found it’s way out of the media art bubble. The browser was the promising canvas in the early ’90s and is today more then ever capable to do what ever you like. Within the last let’s say 5 years the Internet arrived and became totally mainstream. The social web unfolded it’s power and became part of everyday life of hundreds of millions users. Their massive real time information flow began to have a huge impact on mainstream media and political structures.

The potential size of an audience for on-line art work has grown infinitely large. Technical barriers, limited access, little bandwith or lack of skills are not an issue any more. In an era of Internet memes and 20+ million Youtube views on one video in a day artists need to reconsider the web from a different perspective. A new generation of creative minds picked up the field of net.art and expanded it to the next stage: pop.net.art (coined by Aram Bartholl 2010) emerged under the influence of social web monopolies, highly flexible open software, amateur meme cult and pop culture. A wide range of coders, designers and artists including the pop.net.art experts from F.A.T. Lab experiment in this genre with great success. ‘Classic’ net.art is appropriated and gets remixed with web activism, DIY philosyphy, sharing culture, easy to use browser ad-dons and open source beliebers on a state of the art technical level.

The first SPEED-SHOW vol.1 represents a wide selection from well known net.artists to a young generation of web savy coders and Internet renegades. From youtube interventions and social web critique to pixel celebration and gif.pop 12 artists (or artist groups) will show recent and new works.

net.art never died! It just moved to your local Internet-shop! Come and join the party!

"file under: comes from the land of the ice and snow." via: Entro Mc 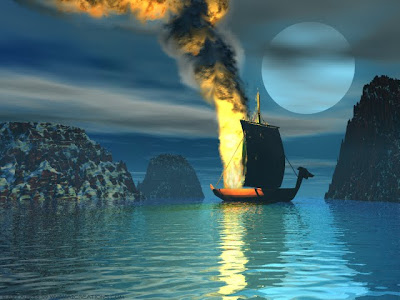 Conversing About Spells (Self Portrait As If With Aleister Crowley) - jonCates (2010)  ¶ 8:58 PM 0 Comments