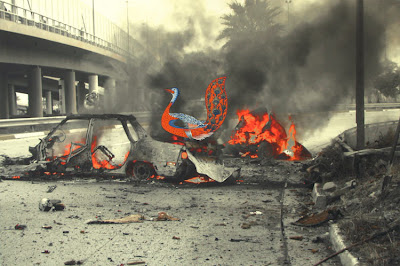 this list is primarily drawn from classes that i teach at the School of the Art Institute of Chicago where i have developed the New Media curriculum in the department of Film, Video & New Media. the list includes works that i + others have taught, played, researched, written on, developed, screened + exhibited as well those that have been developed by my students, colleagues, peers, fellow artists + myself. as such, this resource is subjectively crafted from my own experiences but hopefully objectively useful as a contribution to the field of Art Game Studies + Media Art Histories.

the resource will be used in my upcoming course Art Game Studies, a new Media Art Histories course being offered by the Art History, Theory & Criticism department + Film, Video & New Media. this course is both an overview of Art Games as well as introduction to the theories + discourses of Game Studies. the research for this resource also comes from + contributes to my ongoing work in this field, such as my essay, Running and Gunning in the Gallery: Art Mods, Art Institutions and the Artists that Destroy Them, which will appear in From Diversion to Subversion: Games, Play, and Twentieth-Century Art, edited by David Getsy, to be published by Penn State Press.

i am offering this resource freely + openly to anyOne who wants to contribute to or comment on these histories. i will be revising the version that i use in my classes based on your contributions + comments. i hope that artists, academics, researchers + theorists of Art Mods, Art Games, Artware + New Media Art (1) in general find this resource engaging + useful as an open + collaborative/community-based resource that we can develop together, to help document these emerging theorypractices. (2)

1. a note on taxonomies + my approach: in my thinking/feeling on the subject, Art Games are a subset of Artware (or Software Art) which itself is a subset of New Media Art. i will use the term New Media Art, as it is used in the field by authors such Michael Rush in his New Media in Late 20th-Century Art from 1999 or Mark Tribe + Reena Jana in their collaborative book simply entitled New Media Art. i am also using the phrase "New Media Art" as we use it in the Film, Video & New Media Department. When we use the phrase New Media we refer to time, screen + code based Digital Art that is connected to the histories + theorypractices of Media Art, i.e. Film Art + Video Art. we are primarily concerned with experimental Media Art + we see New Media Art in relation to all other forms of experimental Media Art such as Film, Video, Animation, Installation, Art Games, Machinima, Realtime Audio Video, Web Art, Software Art + Free & Open Source Software. i also take this perspective from two of my own professors, Lev Manovich + Sean Cubitt. For Cubitt + Manovich Video Art and New Media Art are (respectively) both hybrid categories of creative cultural work, meshworks of interconnections that are socially situated technological forms. i am similarly motivated to understand Art Games in this manner.

2. a note on the contents of the Art Game Studies resource: this resource is not intended to be comprehensive but rather as i described above, collaborative + open. not all works in this list can be included in any given syllabus, courseware, research project, published essay, book, etc. still, i believe it is very important to openly compile + discuss such lists in order to respect + encourage multiple parallel Media Art Histories to develop. in this initial version i have not included many commercial mainstream or mass market gaming products or services in terms of chronologies of hardware (i.e. particular consoles) or software (i.e. specific games). in the cases where i have included these they are primarily in place to document the development of a genre (such as the First Person Shooter) or a crossovers between markets (such as in the case of Electro Plankton by Toshio Iwaii).

Sunday, January 24, 2010
experimentalMusics this week (+ those upcoming) in Chicago

from circuit bending to doom, this week (+ those upcoming) look great in Chicago for experimentalMusics of various types + super awwwesummm subtypes! below is a list of sum of what im looking fwd to... - jonCates 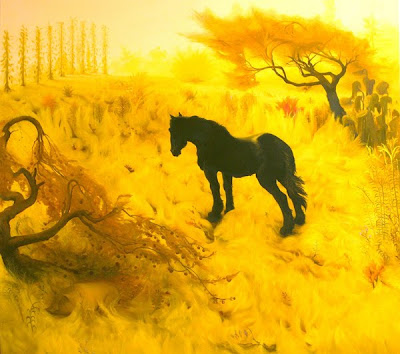 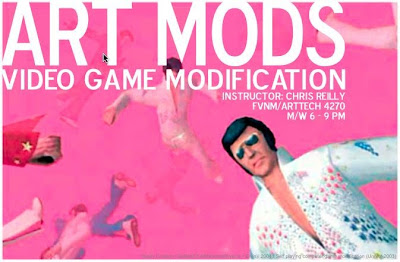 the gdeip is inspired by the sandin image processor"  ¶ 11:21 AM 0 Comments

Sunday, January 03, 2010
Studio Chicago, approachings, towards studio + towards self portrait

in advance + as a means of addressing this, i have begun 2 concurrent + intermingled streams of consciousness: feeling/thinking towards studio theorypractice + towards self portrait

this thinking/feeling outloud will take place for the most part on various social software platforms, in RSS feeds, amongst various metatags + mostly on my approachings blog, a blog i have (quietly) maintained since March 2008 as a means towards organizing my own thoughts about my theorypractices